Airline Food From Around the World 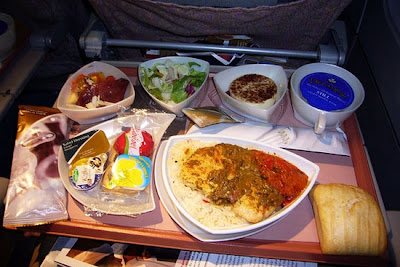 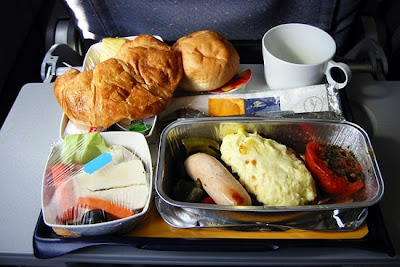 Lufthansa, Economy Class. Tortellini?, a roll, water and some candy. Sort of appetizing. 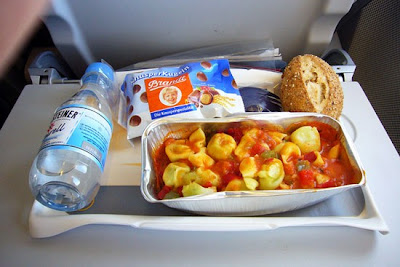 Martin Air, Economy Class. Cheese sandwich, a roll, some yogurt, candy and other assorted goodies. It was nice of them to break a dollar on this fine meal. 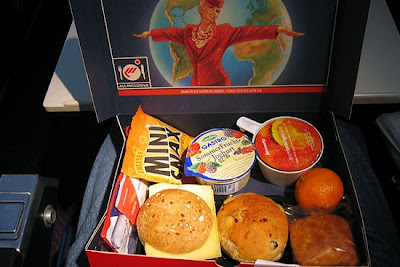 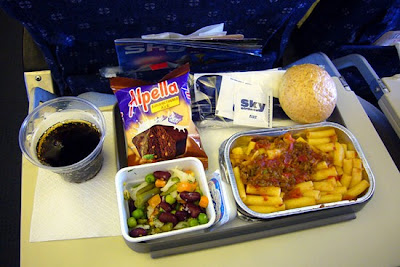 Thai food, veggies, a roll and some ginger ale. 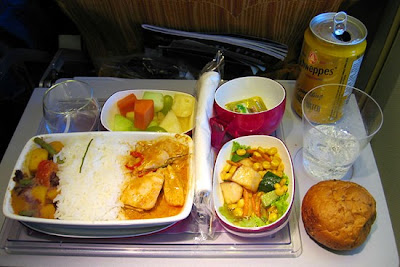 Rice vermicelli with chicken and vegetables on Singapore Airlines. 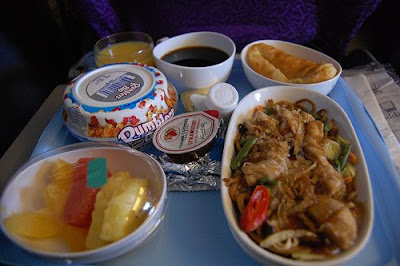 South Korean Airline Food. Packets of goodness, and a salad. 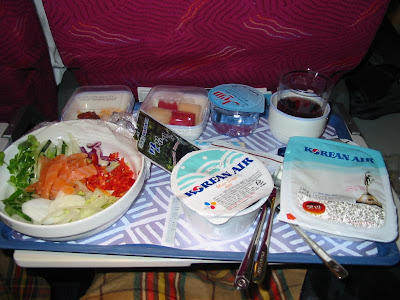 Looks like three dishes of the blandest food imaginable, with a couple of rolls thrown in, to sop up the gravy like substance. 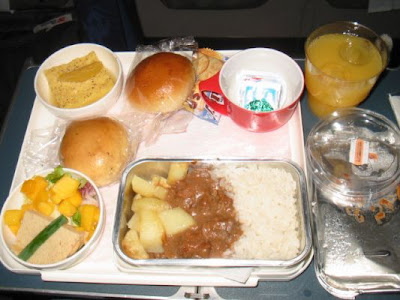 African style beef combined with spinach on a Lufthansa from Africa. 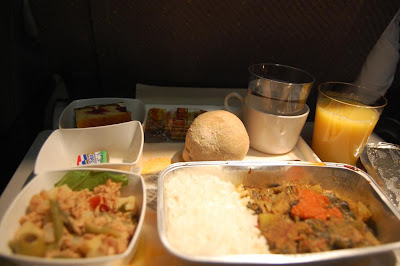 Unknown substance and rice. At least they got a cookie. 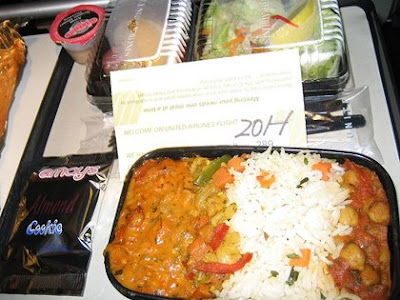 Chicken, rice, veggies, a salad, roll, and some delicious cookies. 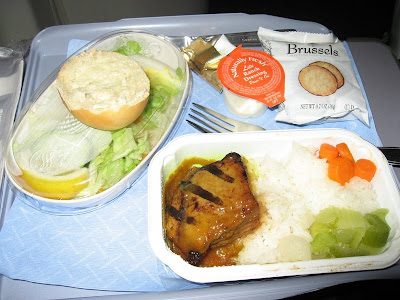 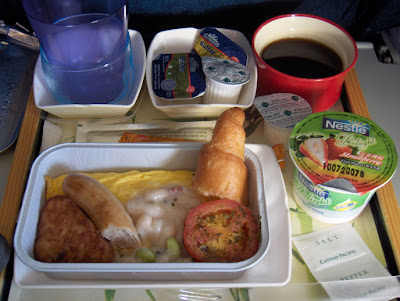 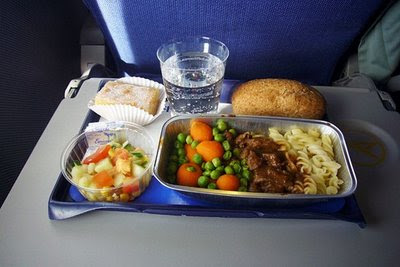 Austrian Airlines food on a flight from Kosovo. Don't ask me to describe what is on that plate. All I can define are some green olives, and half a hard boiled egg. Past that, I don't know. But at least they get some delicious Trinkwasser to wash it down with. 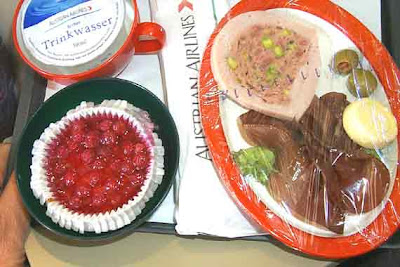 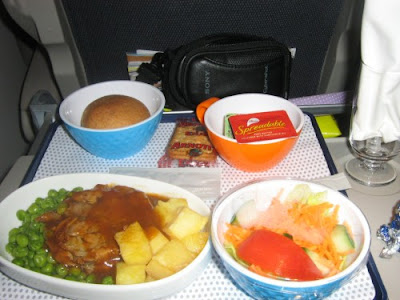 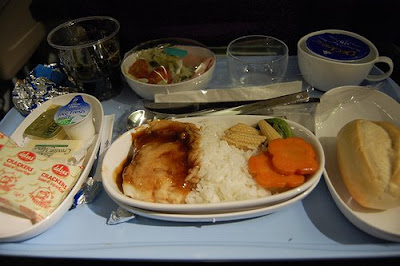 Some sort of chicken? meal on Philippine Airlines, comes with a rocky road bar, and a small slice of Gouda. 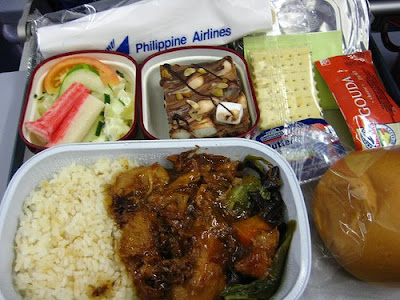 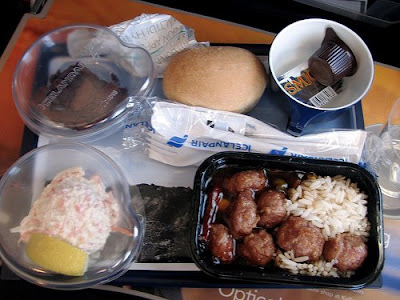 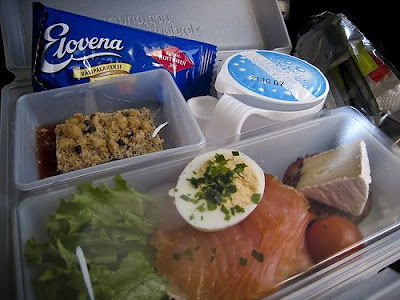 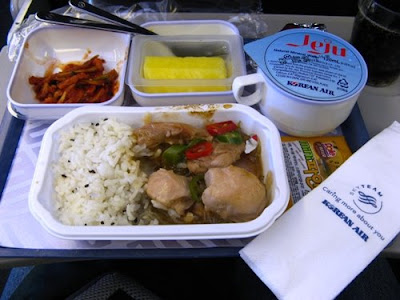 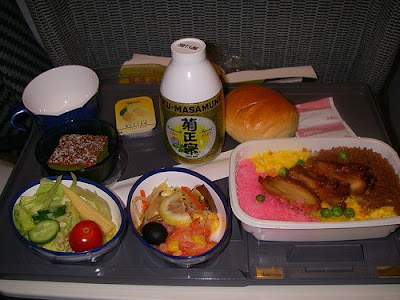 Food from a flight to Helsinki, Finland. Looks like trash can scrapings and a cup of chocolate pudding. 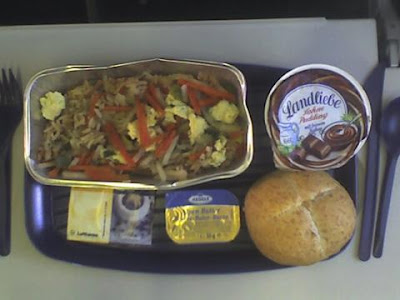 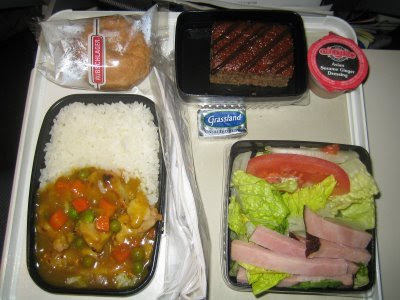 Taiwanese food on China Airlines. Chicken with a side of tripe. 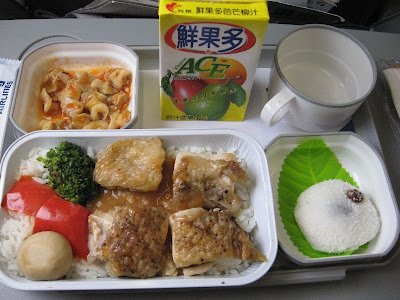